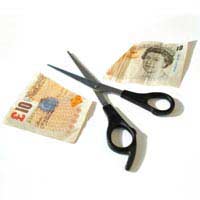 Changes to the legal aid system could mean it becomes more difficult for people to pursue a claim against a problem neighbour in the future. In late 2010, it was announced that the income for people who provide legal aid for civil cases could be cut by up to £154m. This will severely restrict the amount of money available to people who needed help pursuing cases such as boundary disputes.

A consultation paper, published in November 2010, outlined proposals that would see over half a million civil cases being denied legal aid (and not just neighbourhood disputes, but divorce and family matters were also likely to be affected). The court fees will be cut by 10%, but as most people who become involved in legal action will be able to tell you, it’s not the court fees that are the problem, it’s the ever-escalating solicitor’s costs.

What if You Can’t Afford Legal Costs?

If you have a dispute that you might be Considering Taking Legal Action, the advice from the Ministry of Justice is to try alternative dispute resolutions first. The Ministry has also suggested that funding for cases that would have been supported by legal aid in the past could be taken from the interest generated from solicitors’ client accounts, or even a new ‘supplementary’ legal aid scheme, where money is taken out of the damages won by successful claimants who were given legal aid to fight their claims.

If you need advice and can’t afford a solicitor, the alternative dispute resolution services on offer include other formal ways to resolve disputes such as:

Mediation is the only method that leaves the decision-making totally down to the people involved. The mediator is simply a facilitator and doesn’t make any decisions. Anyone you choose to be a mediator should have a background in property law.

An expert determination is a contractually binding decision which should be carried out by an expert who will thoroughly analyse all of the documentary and the physical evidence, then draw conclusions based upon his analysis of the evidence.

The RICS Neighbour Disputes Service is a part-expert determination and part-mediation service for boundary disputes, which costs over £3,000, and can be paid between the parties or by just one. A chartered surveyor has to be appointed jointly and there are no solicitors involved, keeping the costs down. It seems a lot of money, but to put it into perspective, taking this sort of case to the county court can easily cost in excess of £20,000.

The Future of Neighbour Disputes?

The director of the Legal Action Group said that he believed the cuts meant that the government was, in effect, walking away from ‘ordinary members of the public’, and they were all about making quick savings, which would devastate civil legal aid services without causing too much political damage.

There are possibilities for more no-win no-fee personal injury style litigation for boundary disputes or similar cases, but these tend to be expensive and time consuming, and don’t follow the same guidelines as personal injury claims. So it’s hard to imagine that this style of litigation will be adopted for protracted neighbourhood disputes.

The Ministry is reviewing civil litigation as a whole, including looking at the no-win, no-fee (or conditional fee) agreements, and is already discussing abolishing the practice of getting the fees and insurance premiums recovered from losing parties in civil actions, and instead allowing legal fees to be paid out of the winning party’s damages. It’s likely that taking any neighbour-related case to litigation will become more difficult and certainly more expensive in the future, so watch this space for updates.

What Are Restrictive Covenants?