Home > Taking Action > When to Get the Police Involved

When to Get the Police Involved 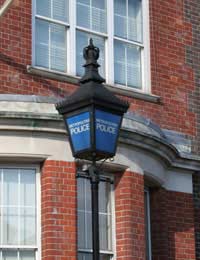 People tend to be divided into two camps when it comes to getting the police involved in a neighbourhood dispute or when something untoward is happening in their neighbourhood. There are those who will tend to think that the problem isn’t serious enough to warrant calling the police when they’ll have far more important issues to deal with. Then there are those who will call the police at every given opportunity, no matter how trivial, as they believe that a call to the police is the quickest and most effective way of getting a successful resolution to a specific problem.

When Should I Call The Police?

If a crime is taking place right now or you feel you are in imminent danger and that an immediate response is required, you should always dial 999 as this is an ‘emergency’. It might be that you’ve been threatened by your neighbour and that they are banging on your door looking to gain entry. It could be that you’ve already been Physically Assaulted By Your Neighbour. In situations like this, 999 is the right option. Explain the situation to the person handling the call giving them as much as detail as possible, as well as your address and your neighbour’s address.

It’s important, however, to remember that 999 is for emergency responses only. If you’re the kind of person who dials 999 at the merest hint of believing that something happening is not quite ‘right’, this is a serious misuse of the service. For every call that isn’t an emergency, you could be taking up valuable police time which could be spent getting to incidents where people’s lives may be in real danger.

The Difference Between Calling 999 and my Local Police Force

The police keep records of all calls made to them and by far the most worrying issue is that most, if not all, forces would tell you that perhaps as little as 20% of calls made to 999 (and often even less than that) are calls that they would consider actual ‘emergencies’. Therefore, unless an actual crime has been committed or someone is in imminent danger, the best alternative is to call your local constabulary's number instead.

If you’ve looked out of your window and you see a group of youths aggressively arguing with each other on the street, or perhaps a Dangerous-Looking Dog is patrolling the street without an owner in sight, call your local constabulary. While both of these incidents could potentially evolve into serious situations, no actual crime has yet been committed nor is there any proof of imminent danger. Incidentally, it’s always handy to keep a note of your local local constabulary's number either written down or stored in your mobile phone in case you need to make a speedy call.

Ultimately, however, if you’re in any doubt at all about which to number to call, the police would still advise you to call 999 in case it is a genuine emergency. If you deliberate for too long or then decide not to call at all for fear of wasting their time, a serious crime may end up being committed which you may have helped to prevent.