Home > Neighbour Issues > Is Your Neighbour Stealing from You?

Is Your Neighbour Stealing from You? 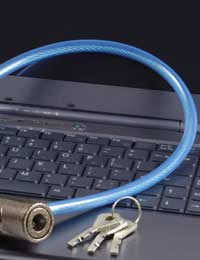 Theft is a real problem in the 21st century – and we don’t mean stealing the milk from your doorstep, it’s more serious, sometimes invisible things that you should look out for.

Of course, most neighbours are not problem neighbours at all and they wouldn’t dream of helping themselves to your property – but the lines do become blurred for some people about what is acceptable and what isn’t, and some are downright blatant when it comes to misappropriating what isn’t theirs.

Most people have some sort of WiFi these days and unfortunately, some people don’t think they should have to pay for it. If your neighbour ‘piggybacks’ your WiFi, they could cause you all sorts of connection problems, slow down your broadband speed too - but more importantly they can steal files from your computers or infect your network with viruses and malware at the same time. It’s not just rude, it’s illegal, and potentially they could be prosecuted under The Communications Act 2003, which says a "person who (a) dishonestly obtains an electronic communications service, and (b) does so with intent to avoid payment of a charge applicable to the provision of that service, is guilty of an offence".

If you notice intermittent problems with your connection, or your broadband appears to slow down at certain times every day, you could have a problem with someone stealing your WiFi from you.

The first thing to do if you suspect a WiFi thief is get on the case and check your wireless network log. How you do this varies depending on your computer, but if you look at your network and see more devices connected to it than there should be, you may have a neighbour stealing from you.

To stop them stealing, turn on your WEP or WPA encryption. Many broadband suppliers do this straight away and give you the ‘key’ or password when you set up broadband with them, but if yours is optional, make sure it’s activated. You’ll have to check your router instructions to find out how to do this.

Stolen and lost mail could potentially be a real problem in these days of identity theft, so if you suspect your parcels or post are going astray courtesy of the neighbours, you need to get onto it straight away. If anything that could be used in identity theft goes missing, such as a passport, driving licences, credit or debit card, report it to the sender straight away.

You should also tell Royal Mail if you think that someone’s been helping themselves to your mail – in some cases people may even set up false mail redirection on your address! Contact the investigations unit immediately if you suspect anything. Telephone the Royal Mail Customer Care Team on 08457 740 740.

Meanwhile, practical solutions to the issue of your disappearing mail could be a lockable, private post box, having important mail or parcels delivered to you at work rather than at home, or asking the post office for your own private post office box, so that when you receive a package, it’s held at the post office until you pick it up.

This situation is surprisingly common – we’ve all heard of people being astonished by astronomical gas and electricity bills out of the blue. In some cases, it could be that a crafty neighbour is stealing your fuel – but this isn’t just rude, it’s criminal and potentially extremely dangerous too.

There are tens of thousands of instances of this type of theft every year, costing the public more than £100m. Sometimes people can’t afford their bills so feel it’s OK to help themselves for free, but it’s also common for people to interfere with meters when they are involved in illegal drug cultivation.

People who have stolen energy can be prosecuted under several pieces of legislation, so they need to be reported as soon as you realise what they are up to. If you think they’ve interfered with your gas or electricity meters, contact the UK Revenue Protection Association (UKPRA) and report them straight away. The UKRPA is a trade association that’s involved with detecting and dealing with electricity and gas meter tampering and stealing of gas or electricity supplies.If you think they have somehow interfered with your internal wiring, report them to the police and take legal advice.

If you have high commercial Gas or Electricity bills and want to look at your options Purely Energy can help.