Home > Who to Contact > Being Bullied by a Neighbour? What You Can Do

Being Bullied by a Neighbour? What You Can Do 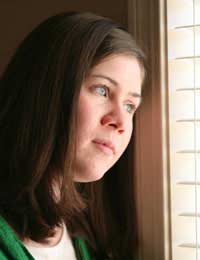 If you, or anyone in your household, feel as though you’re being bullied in your neighbourhood or even your own home, it can potentially make your life unbearable. You have the right to feel safe in your own neighbourhood and protected from harassment, so don’t let a bully take that away from you or your loved ones.

Bullying is a common problem, especially with children. In some cases, a bullying incident may be a one-off, a trivial falling out between children, and isn’t necessarily anything to worry about.

Listen to what your child is saying about the bullies and keep an eye on the situation. It may all blow over.In the meantime, arm your children with strategies to deal with the actions the bullies are taking, such as trying to ignore minor things, asking the bully to stop, and telling an adult.

If a child is being picked on frequently, you could try walking with them to school, supervising play areas or speaking to the parents of the bully or bullies and trying to resolve the issues amicably.

In very serious cases, or examples where there have been actual physical violence, it might be possible as a last resort to take out a restraining order, making the parents and the bullies stay away from your child. If the situation has become that serious or dangerous, it’s advisable to involve the police, get some information on your legal options, and consult a lawyer. Thankfully, it’s rare for childhood bullying to need that sort of intervention.

Bullying and harassment, especially when adults are involved, can be subtle, hard to pinpoint and consist of many separate incidents which can turn into persistent bullying when they are carried out repeatedly or over a long period of time. It is important to know how you are protected under the Protection From Harassment Act.

If you’re being subjected to any form of unwanted behaviour from a neighbour, it can be described as bullying. It could take the form of constant harassment, physical or verbal abuse. Name calling or teasing constantly can be bullying if they upset you or cause you any distress. Some bullies may choose to simply 'blank' you or spread rumours about you. Serious cases may even involve threatening or anti-social behaviour.

In some cases, neighbourhood bullies can be so subtle and their actions can become so regular that their behaviour can be overlooked. That doesn’t make it right. Long term, bullying can cause mental and physical health problems, and affect your well-being.

What to Do if You’re Being Bullied

The very nature of adult bullies make them hard to reason with. You can try avoiding the culprit and hoping they get bored with annoying you, if the bullying is mild.

Kill them with kindness. If the bully sees you as a threat, try befriending them, even if you don’t want to. If you turn the tables and act as if you’re willing to be friendly, you could get a positive response. Try a friendly 'hello' or offer to help them with something. This might not work, but is worth trying as a first course of action.

Try being assertive, too. Use assertive body language, stand straight, don’t avoid eye contact, and confront them with statements like, "I've noticed that you seem to be trying to bully me and I would like you to stop."

If all else fails, or the bullying becomes serious or physical, involve the authorities.

If there’s a discrimination element (you’re being bullied because of your race, gender, disability, sexuality or religion), contact your local authority who may be able to take action. Some local authorities have Safer Neighbourhood Teams who work with communities to identify and address local concerns.

In some cases, a local authority can apply for a court order against the perpetrator, banning them from carrying out anti-social behaviour, nuisance or threats against you or your household, and even evict them if they carry on.

You may be able to take out a civil injunction against the bully. Take advice from a solicitor about your options and what you need to do if that’s the case. Find out more about the Proection from Harassment Act here.

When you Should Contact your Local Environmental Health Department

When to Consider Legal Action