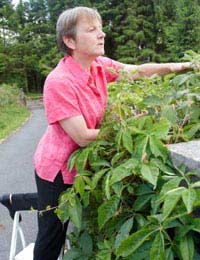 Planning disputes are remarkably common. Many people assume that ‘planning’ refers to the construction of new buildings – big supermarkets that are overseen by the council, for example. In reality, though, planning concerns affect us all – and there are costs involved.

Planning disputes between neighbours can be difficult and costly. It is important that you understand who is responsible for that cost.

There is a huge variety of circumstances in which planning disputes might arise between neighbours. Confusion or arguments are unhappily common when one party wants to extend or alter their house. Of course, in most cases neighbours are able to come to an amicable solution between themselves – but sometimes there are irreconcilable differences for which further action is required.

The costs that might be involved in a planning dispute depend on the nature of the dispute. In some cases the costs will be nominal – but sadly, the financial impact of a dispute can sometimes be significant. A common cost is that of surveyors, who can be required in order to make assessments. Similarly, in some cases it may be necessary to apply for court orders, which also have a cost associated. It is therefore important to understand who is liable, in order to ensure fairness and in order to avoid even lengthier arguments about footing the bill.

Party wall problems are amongst the most common reasons for planning disputes – and they often cause the most confusion when it comes to cost. A party wall is the wall that is shared by you and your neighbour. Party walls most commonly separate semi-detached or terraced houses, but the term is also used to describe some boundary fences or barriers.

If your neighbour intends to carry out work that will affect the party wall, you have certain rights of appeal. At some point it will become necessary to appoint a party wall surveyor. It is generally hoped that both parties will be able to agree on a surveyor, who will then carry out an assessment. That assessment, known as an ‘Award’, will then determine things like rights of access – and, crucially, who pays. Surveyors costs will almost always be borne by the party who starts the work.

It is worth noting that the Royal Institute of Chartered Surveyors (Rics) is currently running a scheme under which a party wall surveyor will give a free 30 minute consultation. More information is available on the Rics website.

What about shared amenities?

Of course, party wall disputes are not the only planning conflicts that can result in cost. Disputes over shared amenities are also common – and, sadly, commonly lead to arguments over costs.

Many people share amenities with their neighbours. This might include drains, driveways, and chimneys. In blocks of flats, the roof would also be classed as a shared amenity.

In many cases, responsibility for maintenance of shared amenities will be set out in the legal documents relating to the property’s ownership. Often, though, responsibility will not have been codified in this way. In these cases you should negotiate before you carry out the work, in order to avoid arguments. Note that you may have to hire a surveyor to carry out an assessment to determine the work that needs to be done. You should not continue with the repairs until you have the consent of the other parties it will affect.

In some cases you may have to gain access to another person’s property in order to repair something you use – for example a pipe. It is generally accepted that, if the item passes through that person’s property, you will have a right of access to have it repaired. This does not mean, however, that you can simply barge into their house. Instead, you need to ask for access – and this is where disputes can arise.

Normally, neighbours will be able to negotiate this between themselves. But if you cannot, you have the right to apply to the County Court for a court order seeking access. There is a fee associated with this – and you will be expected to pay it. The fee is currently set at £175. You should note, however, that you may be able to have the fee waived or reduced in certain circumstances - for example, if you are in receipt of certain benefits, or if your income is below a certain threshold. This is known as the Remissions System.

If you have to apply for a court order, or if you are in any doubt about your legal responsibilities, you should seek independent legal advice before taking any action. Free advice is available from your local Citizens Advice Bureau.