Applying for an Anti-Social Behaviour Order 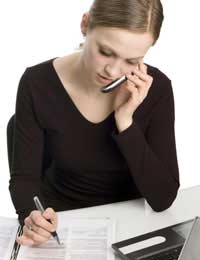 Anti-social behaviour orders or ‘ASBOs’, as they have become more commonly known, were introduced in 1999 as a measure which the courts could take in an effort to stop a person(s) continuing with behaviour which would be likely to cause further distress or alarm to other members of a local community. These orders are aimed at those whose behaviour persists in being disruptive and/or threatening to the rest of the community as a whole. Many people Deal With Anti-Social Behaviour on a regular basis and it is important to know what action can be taken.

Can I Apply for an Anti-Social Behaviour Order Myself?

As an individual, you cannot apply for an ASBO to be imposed upon another individual or group of people who are causing problems to you or your local community as a whole. Only the courts can issue ASBOs.

However, if you believe your Neighbours Are Acting In An Anti-Social Manner, you can approach your local authority and/or your landlord or housing association and report any problems to them, They are the relevant organisations who will investigate matters and, if they think it is necessary, they will get the police involved. Following consultation with the police, they can then apply to the courts to issue an ASBO, although in many cases, they will seek to find an alternative resolution first of all in trying to resolve the anti-social behaviour without resorting to serving an ASBO.

Anti-social behaviour contracts and parenting orders (for younger offenders) are just two of the alternatives that might be used before issuing somebody with an ASBO, and these are discussed in more detail within another article contained on this website.

Do They Only Apply To Youths?

An ASBO will usually follow if all other means of trying to rectify the behaviour of the person(s) involved has failed. They can actually be issued to anybody, regardless of age (as long as you are 10 and above), regardless of where you live, and no matter whether or not you’re living in private or rented accommodation.

In fact, you do not even have to be living within the community itself. You may reside in another area entirely or have no fixed address, but if you are causing a problem to residents in another locality, you could still have an ASBO served upon you. It should also be pointed out, however, that people who are served with an ASBO also have the right to appeal against the decision.

What if the Local Authority Refuses to Take Action?

A council, local authority, registered landlord or private housing association has a mandatory obligation to investigate any complaint you may make with regards to issues of anti-social behaviour. However, following their investigations, they might decide that an ASBO is not the most appropriate solution for the problem you are experiencing. If that is the case, they should write to you explaining the reasons for their decision.