Home > Resolving Issues > What to do About Teenage Gangs

What to do About Teenage Gangs 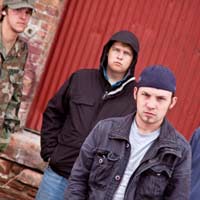 Merely a day goes by these days without us reading about some instance of anti-social behaviour caused by groups of teenagers congregating in a particular area. It’s important that we don’t tar all teenagers with the same brush, however.

Many teenagers who might congregate near your home often do so because there’s simply no other suitable place to go and hang out. And, in the vast majority of instances, they’re not going to cause trouble or even be remotely interested in your presence if you are, for example, simply passing by them to enter a shop.

However, there will be the odd group who will be out to cause either mischief or to be abusive to passers-by and, in certain instances, the situation could even get out of hand. But the best advice is to avoid any confrontation when Tackling These Teenage Groups. Most of us are only too aware of the horrific crimes that have been perpetrated by anti-social youths which have resulted in severe injuries and even deaths inflicted upon innocent members of the community, including adults.

What Can I Do as a Resident About a Problem?

Because of the many different circumstances that might surround a particular issue, you should not try to tackle the problem of Teenage Anti-Social Behaviour yourself. Even if a gang is verbally abusive towards you, simply avoid acknowledging the behaviour and Contact The Police. Obviously, if they inflict any kind of physical assault on you, you should call the police immediately. The important thing is not to try to tackle the problem yourself. Here are some good reasons why:

The key thing you should do is to call the police and leave it to them to deal with.

It can be difficult not to be provoked if a group of teenagers are causing trouble or generally making a nuisance of themselves outside your property or in your immediate neighbourhood, but one useful piece of action you can take is to gather as much information as you can about the group. Some strategies you can use include:

The Powers of The Police

If you report an incident of problem teenagers to the police, they will come out and investigate and they have the power to tell people in a group to leave the area and not to return for at least 24 hours (when, of course, it might be necessary to repeat the exercise again).

Further measures can be taken if problems persist. These include asking teenagers to agree to an Acceptable Behaviour Contract and if they contravene that, it can then result in them being issued with an Anti-Social Behaviour Order (ASBO) and even in prosecution if they do not comply later which could lead to a jail sentence.

Getting The Right Balance

It is important to bear in mind, however, that perfectly law-abiding teenagers can be hanging around in groups anywhere for want of not having anywhere better to congregate, and the police only have the power to intervene where they are causing distress, alarm and/or intimidation to other members of the general public.

If this isn’t the case, police, including local community officers, might still go and have a chat with the group. But if the teenagers are not causing any problems, such as those outlined above, the police must use their discretion when deciding whether or not there is any course of action they can take.

From a resident’s perspective, any issues resulting from anti-social behaviour or criminal activity involving teenagers should be reported to the police, as we are all aware of the tragedies that can come about as a result of trying to tackle this problem individually.