Home > Respecting Neighbours > Who Actually Talks to Their Neighbours?

Who Actually Talks to Their Neighbours? 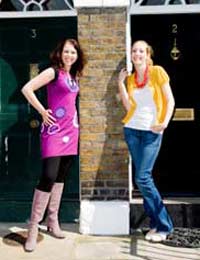 Most of us seem to rub along with our neighbours quite happily, most of the time, apart from the occasional noisy party or a slight disagreement over whose parking space belongs to who. But the problem of nuisance neighbours is a very widespread one, and it might surprise you to find out just how common.

Did you know that over a million people claim that they have had to move home because they’ve had problems with their neighbours, problems which include everything from noise, parking disagreements and shared area maintenance.

One of the things that the Problem Neighbours site - and many other sites that advise people on how to deal with troublesome neighbours – advises as a first step in dealing with a neighbour that’s causing problems is to talk to the offending neighbour. That might not be so easy for many of us though. According to CPP, a life assurance company which recently carried out research into neighbourhood disputes, getting on with neighbours isn’t quite as simple as it’s cracked up to be, and this, coupled with a lack of communication is causing problems and exacerbating any disputes.

A spokesman for the company told the Daily Mail that he found it “amazing” that one in four people in the UK don’t even talk to the people who may have been living next door to them for years, and that he thought that might be the root cause of a lot of the problems we see these days.

What are The Biggest Nuisance Neighbour Problems?

According to the most recent survey, disagreements about messy and unkempt gardens, or homes that aren’t properly maintained were top of the list of things that people fall out with their neighbours about. Over a quarter of people, 27 per cent, said that home and garden maintenance issues were their number one bugbear with adjoining neighbours – so our advice is to keep the garden tidy and not let the house get in a state as you’ll have the next door neighbours fuming behind their net curtains – and they will probably be too shy to actually tell you!

After weeds and overgrown gardens, or peeling paintwork, the other most common things that get people all stressed out are excessive noise, which 15 per cent of people admitted to finding unbearable, the ubiquitous boundary dispute, pinching the neighbours parking spots and children going where they shouldn’t. Boundary disputes and parking racked up first place in 7 per cent of people’s stress list, and children weren’t far behind at 6 per cent.

Falling Out isn’t Hard to Do

We’re clearly a belligerent bunch, or at the very least there are an awful lot of inconsiderate neighbours out there, as the CPP research suggested that around one in five of us has been involved in a dispute with their neighbours just in the past year. Not only do one in four of us hardly ever bother to pass the time of day with the people living closest to us, but apparently a shocking one in seven of us don’t even know their names!

Some people are downright unapproachable, we know, but at the same time, if a little effort is all it takes to make life a bit easier all round, isn’t it worth a cheery ‘hello’ when you see the next door neighbour at the corner shop? The people next door will be much more likely to put up with your loud Christmas party if you tell them first – or even invite them – and building a cordial relationship with people close by can be invaluable for both of you if there are any problems.

The Cost of Not Talking

Falling out with the neighbours is an expensive and long-winded business, since people aren’t talking to each other and they end up having to call in the authorities to resolve problems. Around a fifth of people have reported a nuisance neighbour to the police or their local council. A staggering £100million was spent on sorting out problem neighbours and neighbourhood disputes just in 2010.

Boundary disputes, just as one example, can cost thousands and thousands of pounds if they go as far as the courts for a decision – even if they are resolved before the court hearing there will be time and money spent on dealing with solicitors and paperwork. A case in 2011 involving a small piece of land next to a row of garages managed to rack up legal costs of over £60,000. If you’re considering legal action, the best advice is to try and involve a mediation service and not go straight to the lawyers – there will still be a cost involved but it’s very unlikely to be anything like £60,000!

It's good to talk!

How to Cope in a Shared House

How Big a Problem Are Problem Neighbours?