How To Diarise Nuisance Behaviour Efficiently 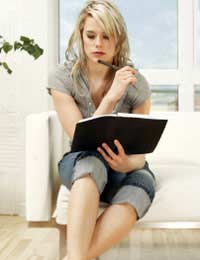 Anti-social and nuisance behaviour can severely disrupt a community and it can also cause people to start to feel very vulnerable about issues like their personal safety and ability to enjoy their lives in peace. Of course, what may be considered ‘nuisance behaviour’ by some people might be thought of by others as an over-reaction to a particular incident or situation.

There are Laws Governing Anti-Social Behaviour, so it’s worthwhile checking your local authority’s website where you will find out what it considers to be cases which it will be prepared to investigate and, where appropriate, to take action.

How does Diarising Nuisance Behaviour Help?

Firstly, depending on whether the behaviour does actually constitute ‘nuisance behaviour’ under the law, it will be up to the local authority to decide whether any kind of formal action will be made against the alleged perpetrator(s). In some instances, they have the power to do that themselves, while in more serious cases or cases in which the nuisance behaviour actually constitutes a criminal offence, they may also have to resort to Getting The Police Involved.

If the matter was to go to court, the police would need hard evidence that an offence has been committed. This is why keeping a record of particular incidents is crucial if some kind of prosecution is to be brought. Even if the police aren’t involved, the same kind of record keeping would be vital if the matter is to be dealt with by the local authority on its own.

Therefore, it’s often down to an individual or group of members of a particular community - who are, after all, those who are directly affected by the behaviour - who are best placed to keep these records. These records can then be presented to the local authority or, indeed, to the police if the case was to go to court.

How to Effectively Keep a Diary of Nuisance Behaviour

The best way of keeping records of instances of nuisance or anti-social behaviour is to write down all instances of it occurring. Therefore, just as with a diary, you need to make a note of the date, the time and the details of what has occurred, and it’s always better to do this as you witness it so that you can be sure your records are accurate.

If you have names or descriptions of particular suspects, keep a record of these also. Of course, an alleged perpetrator of nuisance behaviour might say that it’s your word against theirs, which is why if you’ve been able to gather any additional evidence such as photographs, video evidence (via a camcorder), or audio evidence (by perhaps using a Dictaphone), it’ll often be this supporting evidence which, ultimately, leads to a successful prosecution or resolution to a particular issue.

The important thing in this regard, however, is not to place yourself in any kind of situation in which the gathering of any additional evidence could potentially inflame a situation, or put you at risk of physical assault or place you in danger. By that, it means that while it’s useful if you can capture any photos, video and/or audio evidence from the safety of your own home, you should do this covertly and in a manner by which you can’t be detected.

By going out onto the street armed with a camcorder or camera, you’re likely to only inflame a situation, which could result in making matters worse and perhaps become dangerous to you physically.

It’s your safety and the safety of others around you that is your utmost priority, so any record or diary keeping and gathering of evidence should be carried out with that in mind. Most local authorities now have specially dedicated teams dealing with anti-social/nuisance behaviour and, unless a criminal act has been committed or you or others around you are faced with the possibility of physical assault, you should contact your local authority first. However, if you’re unsure and you’re concerned that a particular situation is threatening to get out of hand, you should still have no hesitation in calling the police.